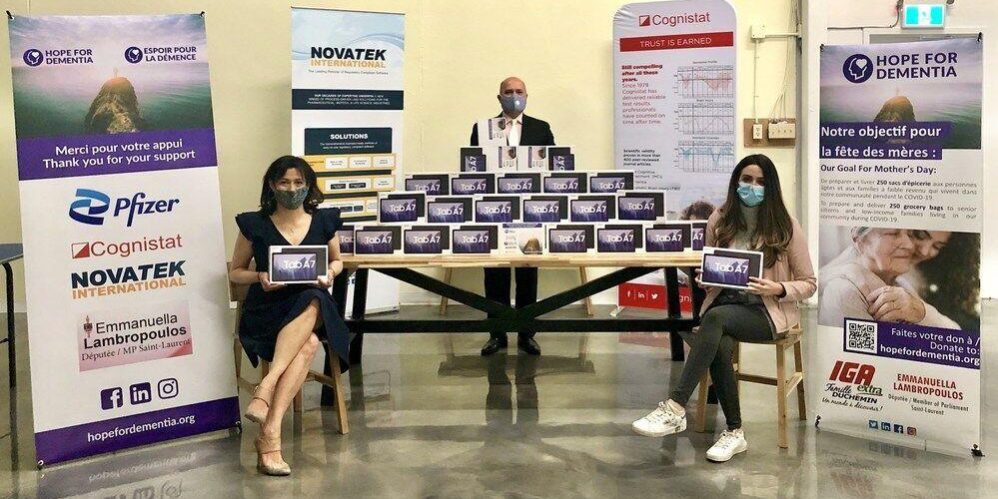 This article was written by Joel Goldenberg and published on The Suburban on May 18, 2022. To view the full article, click here.

The MP said the petition was initiated by Camille Nicola Isaacs from the St. Laurent borough, and Parsa Famili and Fati Davoudi.

All three are part of the Hope for Dementia organization, which raises awareness of the disease.

“[They] basically say that whereas dementia costs in Canada were estimated at $12 billion in 2020 and projected to reach $16.6 billion by 2031, and total out-of-pocket costs paid by caregivers were an estimated $1.4 billion in 2016 and projected to rise to nearly $2.4 billion in 2031, the growth in the number of persons diagnosed and living with dementia represents an unsustainable trajectory, with cases forecasted to amount to nearly one million by 2033, and disease prevention and health protection strategies must be a focus to reduce this trend,” Lambropoulos explained.

The petition calls upon the Health Minister to declare “dementia prevention a national health care priority and, as part of the national dementia strategy, work with provincial governments to encourage the adoption of strategies to reduce preventable diagnoses through the delivery of health promotion and disease prevention services such as public education programs with strong calls to action for screening and early detection, decelerate risks and symptoms through the deployment of a standardized national cognitive assessment test targeting at-risk groups, and reverse symptoms for persons with mild cognitive impairment by providing access to clinical trials financed by a dedicated public-private sector fund and by matched funding collected from private sector and non-government organizations.”

The petition also calls for “training for medical staff to learn how to screen for symptoms and better manage dementia diagnoses.”